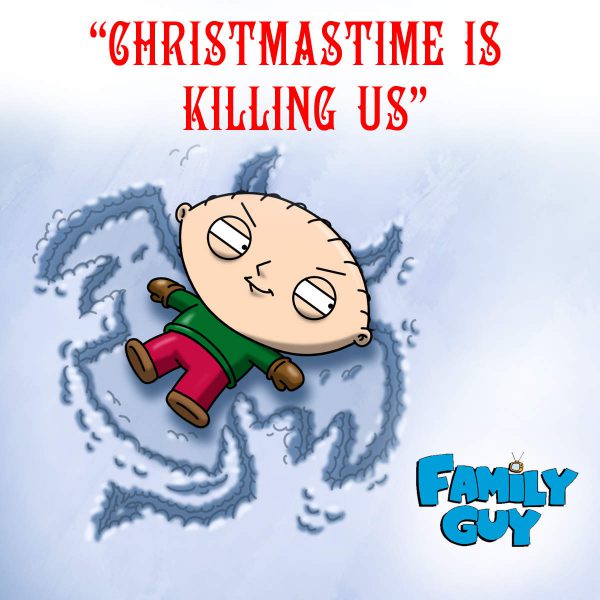 Christmastime Is Killing Us

It was written by Ron Jones (music by), ampoule  Seth MacFarlane (music & lyrics by) and Danny Smith (lyrics by).

It received a nomination for a 2011 Primetime Emmy Awards for Outstanding Music and Lyrics, as well as a 2012 Grammy nomination in “Best Song Written For Visual Media category”.